I would like to disregard the fact that she was (and still is) style consultant for Kanye West, but thankfully Christine Centenera is better known as the senior style editor at Australian Vogue. I think her style is pretty fierce and edgy, yet wearable. From what I know and see so far (and love):

1) Her shoe collection is freaking amazing. Apparently she excuses herself with having a high instep as to why she cannot wear flats.

2) She recycles her wardrobe, even if the pieces are straight off the runway. She's been known to wear things from past seasons and mix high and low (ok, semi-low) end stuff, like Uniqlo.

3) She doesn't scream "peacocking" at fashion week events and in her street style photos. You can only see crossed legs, hip-out posing for so long without detecting the vain effort coming through the photo (à la Hollywood starlets).

4) She keeps her hair and makeup simple and consistent to her particular look, hence the outfits are what its all about. Carine Roitfield and Charlotte Gainsburg don't chase beauty trends, and apparently neither does Christine. 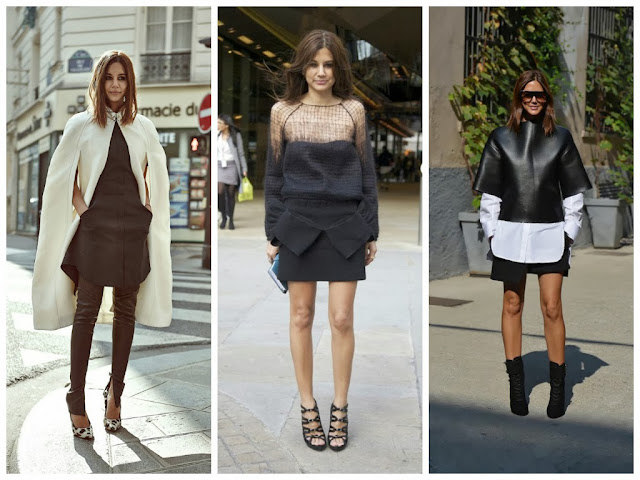 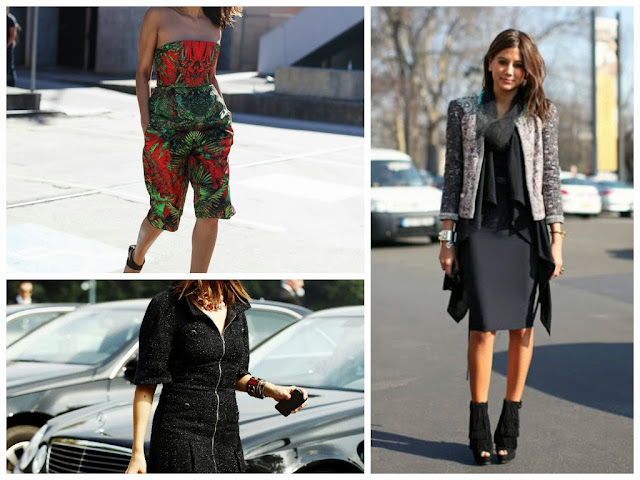 All photos collected from purse forum and their respective sources.
Posted by S.O.A.F. Digest at 3:35 PM No comments:

Early this week, the style blogosphere was trending the "leaked" lookbook photos for Isabel Marant's collaboration with H & M, which launches on November 14, 2013. As expected, the pieces were in the traditional IM aesthetic. Last fall I was really digging her funky red skinny pants, and this collection has another pair that interests me now. Since I'll be in California during the launch and online stock will probably sell out in hours, I may have end up having to find these on Ebay.

Chocolate dressing for the eyes


Recently I pared down my makeup essentials but now I need to amend this list with the addition of the sleek Bobbi Brown Rich Chocolate palette. A collection of 7 neutral shades in the brown family including a base colour, mattes, shimmers, and an eyeliner shade. I found it during my search for a different powder foundation (which is still ongoing), but so far I am happy with my distraction purchase. I am notorious for only using 1-2 colours out of a whole palette (even one with 88 colours! :) so I am optimistic that this will change. We'll see about that...
Posted by S.O.A.F. Digest at 8:10 PM No comments:

Daydreaming of CL's from Ban Island..

Ban Island is the place tPFers (ie the Purse Forum community) endearingly place themselves when they abstain from shopping, collecting, retail therapy, procuring...  It can be torture or it can be therapeutic.

I've placed myself temporarily here because... 1) I had some great summer finds, 2) I am currently quasi-content with my wardrobe, and 3) I have upcoming trips to California, Thailand, Laos, and Mexico. All within the next 8 months. So there isn't much for clothes I would yearn for when we shop in San Diego & LA in November...with the exception of another crack at a Louboutin boutique- either on Robertson Blvd or South Coast Plaza. November is my birthday month, after all :) My last visit to a CL store, in Paris, earlier this year was totally bunk due to third trimester swollen feet. An elephant in stilettos would have better described that scene.

So I looked up what's new at Loubi World and it looks like there's a Nude Collection introduced with 5 styles available in 5 shades. Well, it's about time! Earlier this summer I recall asking the sales associate at Holt Renfrew if anyone made a nude shade that would work for me. This was while I had a pile of "nude" shoes I had just tried on by Blahnik, YSL, Choo, CL, and Givenchy in front of me. As Mr Louboutin says on his website, "The shoes disappear like magic and become a fluid extension of the woman's legs, as in a sketch, elongating the silhouette."  Well, that won't happen with blush-coloured shoes on tanned asian skin. Maybe I'd have better luck with this new collection. There is even an app to "help discover your shade" that you can download.

Here's a peek at what the online store has available from the Nude Collection:

Since I was there, I did find some other pairs to lust after:

And this is most certainly an "in-my-dreams-only-but-I-would-rather-buy-an-Hermès-bag" pair:

Even though it marks the end of summer and it paves the way for winter, fall is really my favourite season clothes-wise. The rich colours, high boots, and wonderful coats come out to play. Normally when fashion weeks hit this time of year, the spring collections give us something to look forward to after we survive the cold winter.

New York kicked things off first, and London, Milan, and Paris will follow. As glamorous as it may seem to attend all these shows, I do pity the editors and buyers who attend as the schedule looks hectic and exhausting. I took a peek through some of the shows and it may be just me, but every designer I scoured so far has gone by the beat of their own drum. Which is nice. I'm sure magazines will put together spring trends for the fashionista flocks to follow after all the shows have run. Here are some of my favourite looks... I am really liking the non body clingy shapes.