This is ambitious as we still have a wedding and landscaping to pay for this year... But it's never far from our minds that we also need a new vehicle. Let me share some of the stylish 4 wheeled eye candy that's on our short list:


But if gas prices keep on going up, then we may favour the Range Rover Evoque.. preferably in diesel. (Victoria Beckham had  a part in "designing" the interior of the 2012 models, too! :)

Accolades for The Row

The Council of Fashion Designers of America have announced their nominations for the 2011 CFDA awards. (This is like the Oscars and Grammys of fashion :) I wanted to give some big ups to The Row for it was nominated for the Swarovski Award of Womenswear category. There are just waayy to many celebrity clothing lines out there and this is one of the few earning respect in the industry. And I will confess, I have a thing for Mary Kate and Ashley Olsen, fashion-wise. Them and Victoria Beckham.. :)

Retail companies like Coach, Uniqlo, Forever 21, and H&M noted their campaigns to support relief efforts to the people of Japan. H&M announced it has presently closed all its stores in Kanto Region (including Tokyo). Their website stated they are doing this out of concern for their colleagues who need to be with their families during this difficult time. The company is also donating about 100,000 garments to the Japanese Red Cross.
And  Forever 21 announced 100% of their online sales from Friday March 18 2011 were donated to the relief fund.


Really, it is encouraging to see how the world has come together. Japan is the world's 3rd strongest economy and if anyone can recover this, it would be them. I've read and have been impressed with how the Japanese people maintained their strong sense of unity, honor, and respect for their fellow citizens in a time of crisis. Let's hope this humanitarian aid from corporations continue not just for them but also for other countries hit by devastation. Or better yet, let's hope mother nature shows some mercy and not repeat herself.
Posted by S.O.A.F. Digest at 8:25 PM No comments:

So addicted to YOOX! 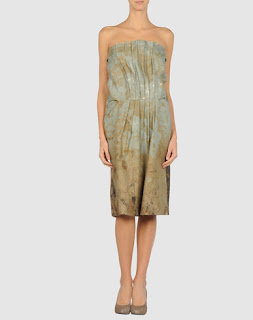 Ladies (and gents!), www.yoox.com has become my new go-to destination for lux bargains. They have a  clearance sale of 80 -90 % off their already super-decent prices. And the selection is super duper vast and labels we dont find around here. I discovered underligne by Doo Ri and treasure trove of Marni pieces to fawn over. Seriously check it out. I already hit my shopping quota for March (after a few dresses from here- like for the price of one!), so I can only window shop... sale ends March 31! 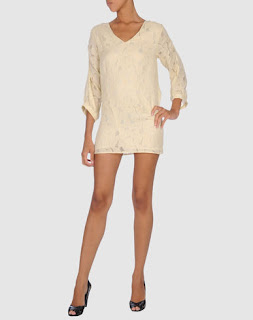 New addition to the family

﻿﻿﻿﻿﻿
Here's a reveal that's a couple weeks late. So after all the angst of hunting down the very last available red half moon wallet on chain (in Canada) at the Toronto flagship boutique, I ended up being unfaithful and traded it in for the spring summer patent WOC in blue. To justify my fickleness: 1) The craftsmanship was better. The half moon had the long chain anchored by these tiny slips of leather this: <-> wide. Those little things would snap in my clumsiness! and 2) It was love at first site when Aleshia, my Chanel (and-should-be-everyone-else's) go-to girl at the Calgary Chanel, showed it to me. I saw it beforehand online and did not think much because the blue looked too blue but in person ....(see above) :)
Hope you all agree I made the right choice. Note to concerned family members- no debt was cause by this acquisition. Gift cards and years worth of Amex Holt Renfrew points contributed to this funding this adoption.

This girl better live up to the hype

What do you know, Chanel threw Blake Lively a grand tea party of sorts at la Grenouille in New York. Rumour mill hints that it was because poor Miss Blake couldn't make it to the fall runway show in Paris. I hope it's totally rumour. She was named the face of the Mademoiselle bag line a few months ago, and she is now Chanel-everywhere. Even more of a walking billboard than the Gossip Girl-everywhere she was before.  Honestly, I am just jealous of all the clothes she get. I even like this white frock she's wearing. I seriously hope she pulls up some talent to back up all the hype she gets. Maybe I should give in and watch Gossip Girl...

Everyone says babies are the sweetest accessories, and I have not seen a baby carried so stylishly as this. Here is Orlando Bloom out and about in Paris. Brings back memories of the Legolas-love days. Check out more of the gallery on Popsugar. The Kerr-Bloom clan are in Paris as Miranda Kerr walks the Balenciaga runway for F/W 2011. She looks great (as always).. The dress she showcased reminds me of the black B dress I picked up at the Barney's outlet two years ago. A little recyling, perhaps?
﻿﻿ ﻿﻿
Posted by S.O.A.F. Digest at 6:54 PM No comments:

For 15 years he helmed at Christian Dior... but like any employee who commits a reprehensible act that negatively reflects upon the organizations he is affiliated with, John Galliano is canned. Rightfully so. He was apparently arrested in a Paris bar for going on an alleged anti-semetic rant and of course, the episode was caught on video and released online. How disappointing for he has been credited for rebuilding the house's wealth during his reign to a gross revenue of $28 billion in 2010. Hopefully this does not tarnish Paris Fashion week which started today. In fact, one of the organizers have said, "By the end of the week, you will have forgotten about it — if we show you enough things."
Rumour has it that Givenchy's Riccardo Tisci or Haider Ackerman may be his successor to interpret the the brand's DNA. Let's leave "H" to stand (although silently) for haute couture and not for hate.